Gordon Brown has written a foreword to a new report on the Ebola crisis, ‘Ebola Emergency: Restoring Education, Creating Safe Schools and Preventing Long-term Crisis’ , which calls for the rapid reopening of schools to help five million children denied learning because of the disease.

It reveals that victims of Ebola stretch far beyond those infected, with millions of boys and girls shut out of classrooms across Guinea, Liberia and Sierra Leone, as education becomes one of the first casualties of the crisis. The report, published by the Global Business Coalition for Education in collaboration with A World at School, calls for the immediate and responsible reopening of safe schools before the crisis spirals further out of control and the long-term impacts become impossible to reverse. Read the foreword in full below.

As the world watches the Ebola crisis unfold, the day-to-day reality has created nightmarish suffering in West Africa. Since March 2014, more than 14,000 people have contracted Ebola and more than 5,100 people have died. The impact of this outbreak has taken a resounding toll on communities already vulnerable or marginalized − the poor, the rural, the illiterate, women and girls. And like most emergencies, education has been one of the first casualties. Nearly 5 million children have been forced out of school in Guinea, Liberia and Sierra Leone.

In the face of this immense suffering we have seen brave displays of heroism as local and international communities have united together in what has become a global effort to fight Ebola. This mobilization of large multilateral organizations, NGOs, the private sector and faiths communities has led to lifesaving acts of courage spanning the most remote of corners.

With children out of school indefinitely, Ebola threatens to reverse years of educational progress in West Africa where literacy rates are already low and school systems are only now recovering from years of civil war. If we do not address our failure to deliver this basic human right in emergencies, millions of young people, those far beyond the borders of the three affected countries affected will continue to shoulder the burden of our inaction.

We must act to provide visionary solutions to mitigate the looming social and economic challenges ahead. Education is the only solution that affords the realization of hope and opportunity while saving lives in the short- and long-term.

The leadership of the Global Business Coalition for Education’s call to prioritize (1) immediate interim education solutions, through the use of new technology, television and radio, (2) responsible reopening of safe schools as quickly as possible and (3) the establishment of emergency plans are all critical pieces of a serious global education response to Ebola.

We must work together to implement comprehensive education strategies to bring the outbreak under control in the short-term and prevent greater social, economic and health crisis for children, families and communities. I encourage business, governments and individuals to heed this call to action. 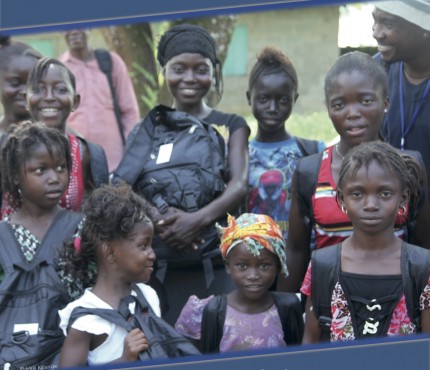