​Today, gunmen burst into early morning Christian prayers at Garissa University College in Kenya- only 90 miles from the border with Somalia – taking hostages from the service, separating Christian​s​ and Muslim​s​ and shooting innocent students.

The attack has been carried out by militant extremist group al-Shabab, who were responsible for the attack on the Westgate shopping Center in the Kenyan capital of Nairobi in 2013 when 67 people died.

As many as ​600 students were unaccounted for on the campus of 815 at the time of this statement. At least ​21​ people have been killed.

“Gunman from the militant group al-Shabab, who have shot and ​taken hostage students in Kenya today, must be sent a message that attacks on schools, colleges and universities are a crimes against humanity and that educational establishments are designed as safe havens​, deserving protection in exactly the same way in the Geneva Conventions as Red Cross hospitals.

“Our thoughts and prayers are with the staff, students, family and people of Kenya impacted by today’s heinous attack.

“This fierce shootout and hostage situation which has left many injured comes a year after Boko Haram kidnapped over 200 school girls in Chibok, Nigeria, a similar incursion in Pakistan where several months ago 120 students were killed and in South Sudan where children are being abducted from schools to serve as child soldiers.

“I have been working closely with the Ms. Leila Zerrougui the Special Representative of the Secretary-General for Children and Armed Conflict to ensure all attacks on schools and education are documented and reported to the Security Council.

“Today I am calling for the immediate, safe release of the students in today’s attack in Kenya, a release of the more than 200 school girls abducted in Nigeria before the one-year anniversary on April 14th and for a release of the 89 schoolboys who were sitting for exams in Wau Shilluk, South Sudan.

“There have been more than 10,000 attacks on schools ​and educational establishments ​during the past five years.  This is unacceptable and individuals and armed groups using schools as theaters of violence must be brought to justice.

​”​We must support the Security Council ​in using all means at its disposal to put an end to these attacks on ​education. 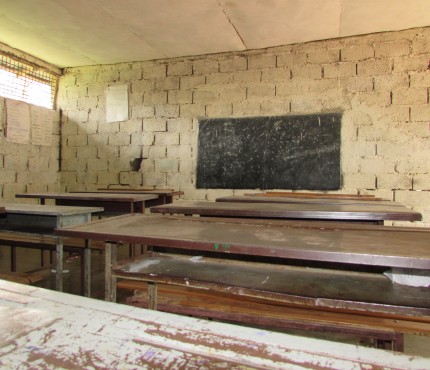