“The bombing of the UNRWA school in Gaza and the death of innocent children will be seen as an international outrage which will sadden millions throughout the world.
“Schools should never be theatres of war but should be safe havens for boys and girls.
“As the Secretary-General of the United Nations Ban Ki-moon has said, schools, and the education of children, must never become instruments of armed conflicts”
“With 120 schools affected since the start of the emergency, I urge all countries to adopt and implement  the Lucens guidelines to prevent the military use of schools in conflict areas and to ensure greater protection for the civilian use of education establishments.”
Photo Credit: © UNICEF/NYHQ2014-0912/El Baba 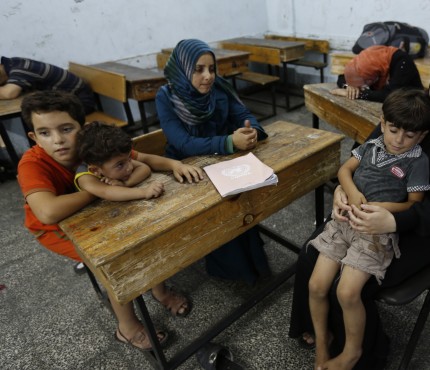